The ASCII data file format is the most commonly used file format for measurement files. It is a general text format that can be imported e.g. into Microsoft Excel or MATLABTM (MathWorks Inc). It is the similar way MATLABTM stores a data matrix in an ASCII file.

An example (Examples Folder: \Building Model\Mes31set.asc) of a data file is shown below: 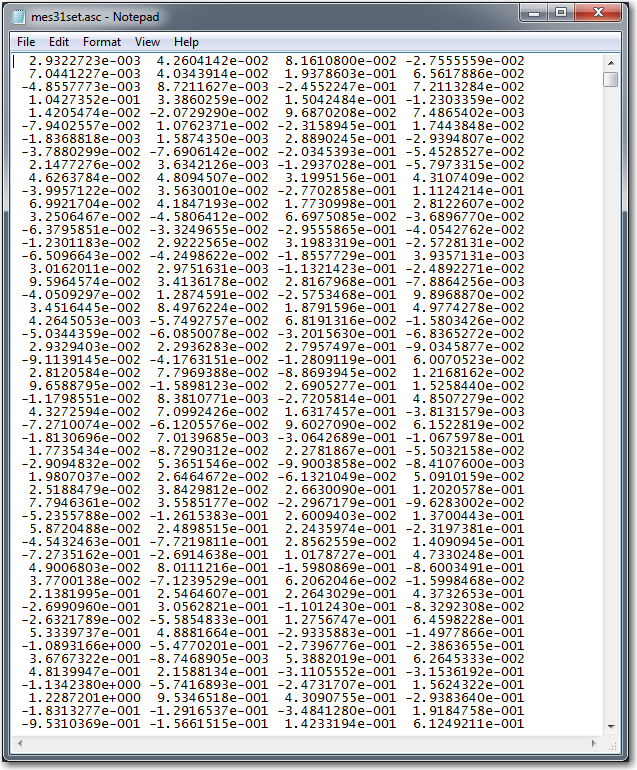 In this case there are four columns corresponding to four transducers and rows which corresponds to the samples of the transducers. The measurements of the first transducer is column number 1 from the left.

The following should noted:

The table below list all available formats of the current version: